Systiva on wheat even beats Systiva on barley around Tumby Bay 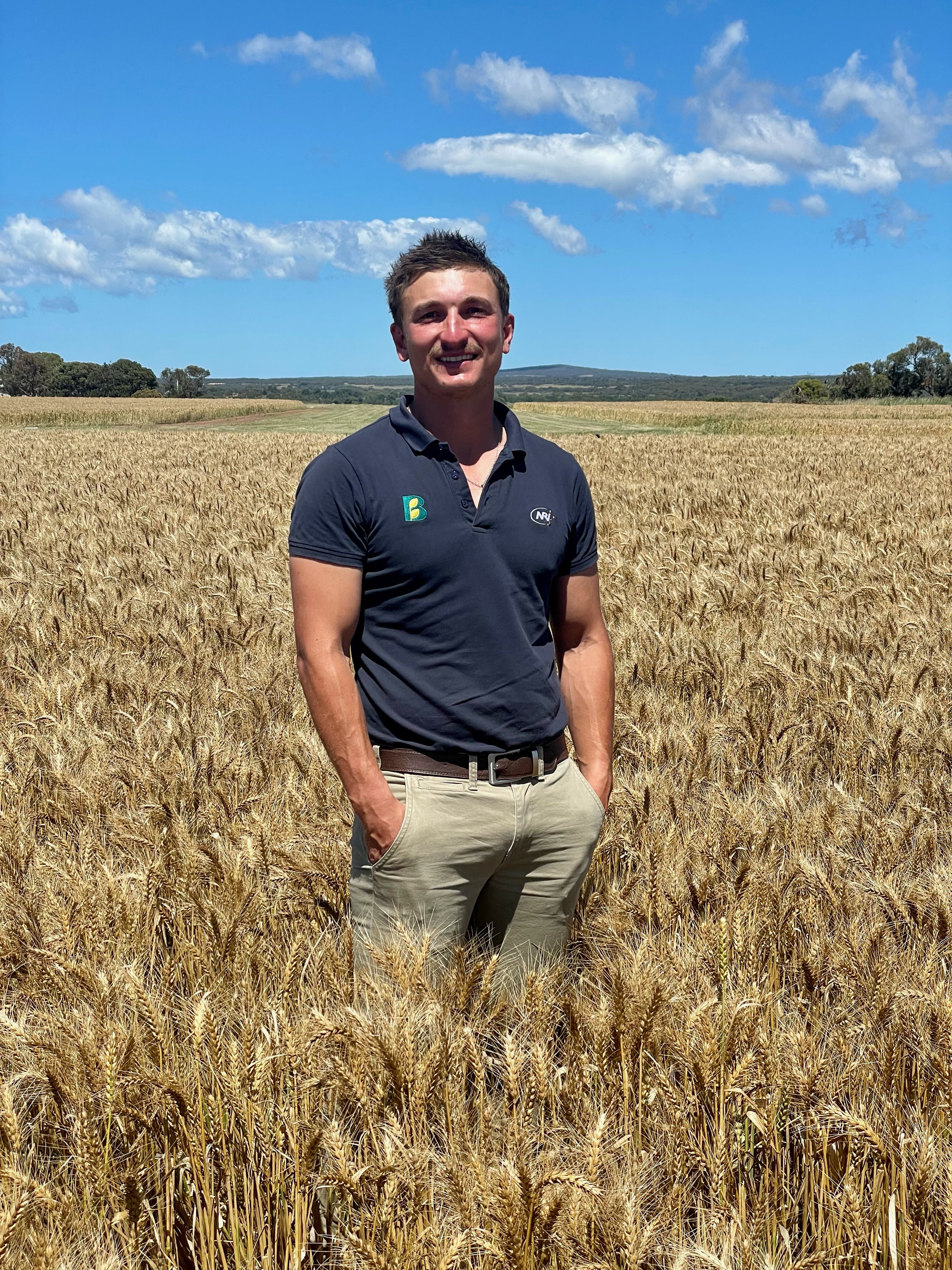 It’s well known that Systiva has been used extensively – and in some cases a bit too constantly – on barley across the Yorke Peninsula. But over on the Eyre Peninsula the customers of Bawdens Rural in Tumby Bay have always valued it most highly for its control of Septoria tritici in wheat.

“Septoria had become a prolific problem,” says Bawdens agronomist Luke Wilkins. “Most of our approach to controlling it had been foliar spraying. Then we had someone do a local trial with Systiva and it starred. We saw it and we loved it. The way the crops absolutely screamed out of the ground… Every leaf stayed on the plant from the moment it emerged. It was really impressive and the crops just looked so vibrant.”

Luke and his customers were instant converts and the uptake was immediate. “People had dabbled with it in barley, but it was when we rolled it out in wheat that they really went for it. Using Systiva became a broad-scale thing. Our clients have had great results and can see the yield benefits.”

The local growers are mainly using Systiva on Sceptre and Vixen wheat and Compass and Spartacus barley.

After those past years focussing on foliar sprays to manage foliar diseases, Luke can see what a difference it makes to have a seed treatment already protecting the plant before the disease spores land on it.

“That early control is the best method,” he says. “Systiva is very efficient: it nips the disease in the bud, whereas the foliar sprays often go on when the disease has already taken hold.”

Right at the start the Bawdens team and their customers saw from the trial crop’s vivid colour that Systiva also promotes increased vigour and green leaf area. Luke says that he’s recently had fresh confirmation of that.

“One of my clients grows a lot of wheat-on-wheat. The crops did alright, but they always looked a bit sickly. They never looked lush.” Luke says there weren’t really obvious symptoms of Septoria, but he suspected that was an underlying problem. “I said to him: ‘I reckon Septoria is eating your crop from the moment it emerges.’ So this year he tried Systiva and the crop looked fantastic. He told me it's one of the best wheat-on-wheat crops they’ve had.”

While we’d strongly argue that crop rotation is an essential part of disease management, at least the fact that Systiva wasn’t used year-on-year in the same paddock gave it the chance to work at its best.

This season the Bawdens Rural mobile seed grader has applied a lot less Systiva – not because anyone’s lost faith in it, but to help ensure they can go on relying on it for years to come. “Most of our clients who've been using Systiva a lot gave it a rest this year, which is good for its long-term future,” says Luke, then adds with a laugh: “but bad for sales!”

It seems that the reduced inoculum load after a few years of good Septoria control has meant rotating Systiva out hasn’t been that costly: “There’s been disease pressure this year, but it hasn’t been really shocking, so we haven’t really suffered from giving Systiva a break.”

After getting through 2021 more or less unscathed the Tumby Bay locals will be very relieved to get back to that Systiva protection, knowing that giving the SDHI fungicide a year off has probably helped prolong the usefulness of that whole class of chemistry.

Meanwhile Systiva has reminded them all what they’ve been missing by coming up trumps in another local trial. Luke says Bawdens have run quite an extensive fungicide assessment program this year. “Systiva came out as an A-grade, top-bracket product for disease control,” he says. “Especially for Septoria.”