Paul Ackland of Landmark Arthurton says Sharpen is an excellent new option as a desiccant for fast dry-down and control of problem weeds. 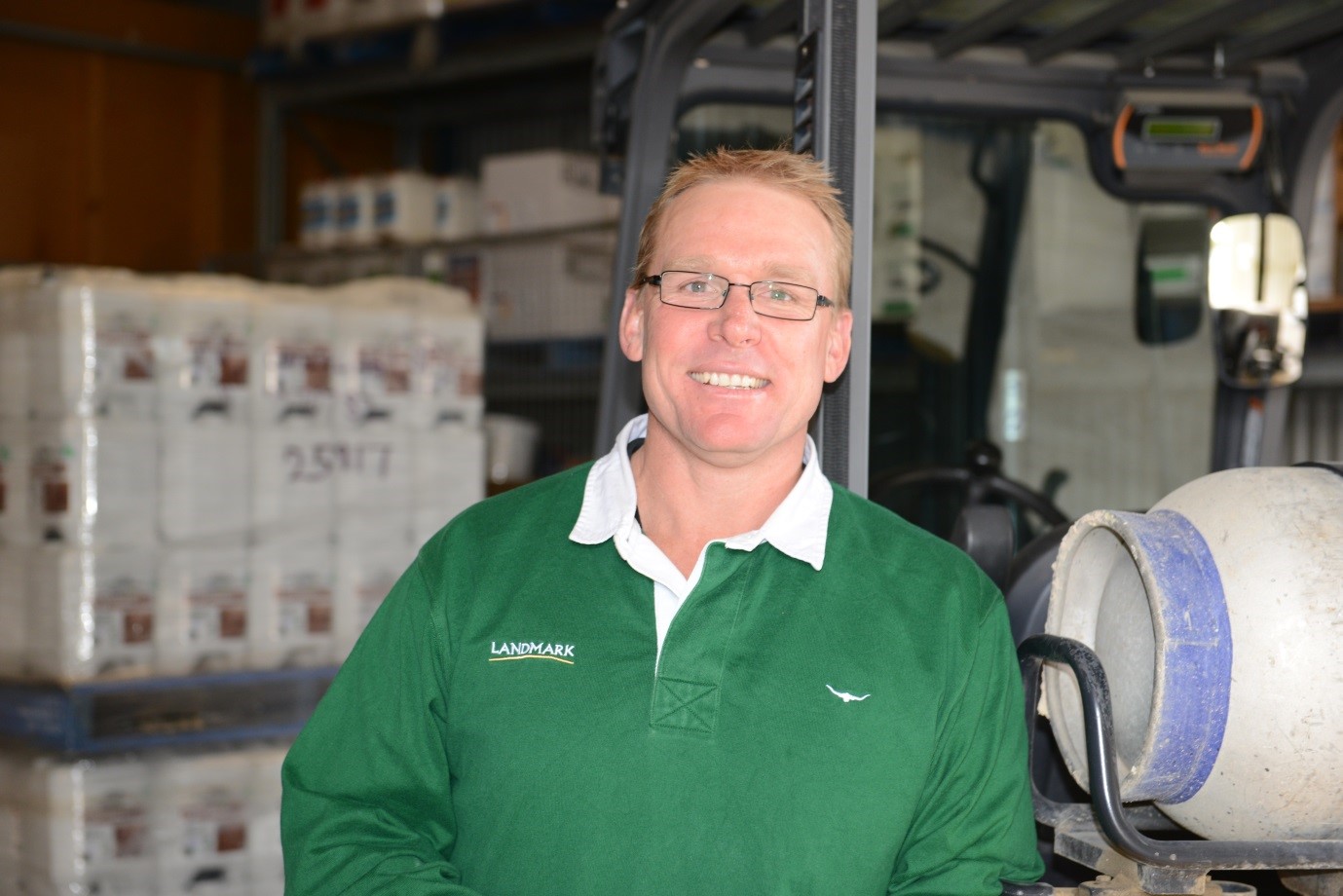 Harvesting pulse crops as efficiently as possible is an important and profitable business on the Yorke Peninsula in SA. Lentils are such a high value crop they made up 35 to 40 per cent of sown area last year.

Paul Ackland, an agronomist at Landmark Arthurton, says the local growers rely on pulse desiccation to even the crop off and bring the harvest timing forward so they can get the grain in the bin. Ideally, the desiccant will also control a range of weed species that have grown through the pulse crops during the season.

“Normally by that time of year, near the end of the season, we have milk thistle, prickly lettuce, turnip, mustards, brassica-type weeds and even wild radish.”

“Inevitably your pre-emergent herbicides have been exhausted at that stage. Last year, with a very wet spring, we had a lot of broadleaf weed issues in the lentils in the latter half of the season.”

That’s where the new registration of Sharpen® as a harvest aid for pulse crops came in very handy.

“Sharpen was really good last year – probably the best treatment I'd seen for desiccation,” Paul says.  “On milk thistle it was absolute dynamite. It was able to burn that down very quickly. And I think with the bigger crop bulk last season, Sharpen's ability to be translocated was an added benefit.  Anecdotally, it did allow our farmers to get in a little quicker for harvest as compared to a glyphosate or a paraquat application on its own.”

If he hadn’t switched across to recommending Sharpen, Paul’s clients would still have been relying on paraquat and glyphosate for desiccation, as they have for years. But both products have their limitations as standalone solutions.

“You can imagine trying to kill big broadleafed weeds that have been growing for four, five or even six months and have a big established root system.

“Using a product like paraquat, we are only sort of burning the top off. We were having a lot of trouble and finding that growers were having to go back later and spray those weeds because they'd shot up following harvest."

Tank-mixing Sharpen with either glyphosate or paraquat made a big difference to the level of weed control and the speed of both weed burndown and crop dry-down.

“I think Sharpen is a good mix partner for both glyphosate and paraquat,” says Paul. “Even this year, at knockdown time, we added a bit of Sharpen to them in front of seeding and it has done a really good job."

“Normally we use a paraquat base with Sharpen, just due to resistance and timings. But given the lateness of the harvest last year and the amount of crop that we were trying to dry-down, the fact that glyphosate is translocated as well was really helping the Sharpen.”

After such a successful first year of trying it as a desiccant, Paul thinks Sharpen will become a popular option in that application window.

“Any product that allows farmers to get in a bit quicker and start harvest earlier – particularly when you've got a good lentil crop sitting out there that you want to get in before it gets any weather damage – is going to have a massive uptake in this area," he says. Then there’s the control of problem broadleaf weeds. “With harder-to-control weeds like wild radish, Sharpen will also have a good fit to try to get seed-set control.”

All great news for those Yorke Peninsula pulse growers who had been making do with such limited options in such valuable crops.